What's the relationship between ADHD and sleep? And how can those with ADHD improve the quality of their sleep, or vice versa? 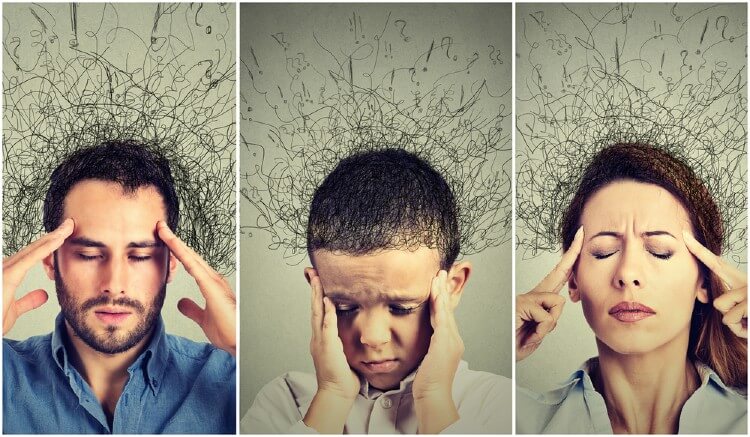 Getting a good night’s sleep usually helps the day go better, and folks who struggle with sleep often have a harder time focusing than their well-rested peers. Now, consistently not getting enough sleep can increase the risk of some serious health problems; that makes improving sleep quality a top health priority.

Getting to the root of a sleeping problem is key to improving sleep quality. However, that process can take a long time. Furthermore, even after the root cause is discovered, it might take longer still to find proper treatment. Even then it might just be a temporary fix for a more persistent condition. In short, treating sleep-related issues can be a lengthy, complex process.

There is no denying that the discussion of sleep disorders is a wide-ranging one. That being said, many professionals and patients alike oftentimes still neglect to consider that other conditions can aggravate certain sleep-related symptoms. In other words, many symptoms of different sleep disorders overlap with those of other common afflictions. One common condition that may overlap sleep? ADHD, or Attention Deficit Hyperactive Disorder.[1]

This disorder has a wide variety of treatment options depending on symptoms and severity. The most well-known symptoms of ADHD include:

These symptoms aren’t the only manifestations of ADHD, though.[2] Commonly, patients with the disorder also report troubles falling asleep or suffering from other sleep-related disorders like narcolepsy or restless leg syndrome (RLS). Now, having comorbid, or coexisting, problems with sleep and ADHD can complicate everything further. Namely, the symptoms of one condition can exacerbate the effects of the other.[3]

ADHD is a disorder most commonly assessed in children and adolescents. In fact, it is the most widely diagnosed childhood disorder.[4] Since childhood is commonly when most symptoms arise and are addressed, ADHD has garnered a reputation as something that children alone struggle with. Many picture the condition as almost something one might “grow out of” in many cases.[5]

This perception could not be further from the truth, though.

While certain symptoms may appear to fade with time or better management, new problems can still crop up. In fact, it isn’t uncommon for children with ADHD to continue having issues with the condition as adults.

Not Just a Childhood Condition

Far from the youthful condition that the media often brands it, ADHD affects around four percent of the adult population. Unfortunately, though, misconceptions about ADHD mean many adults might not know they even have it. In fact, research suggests that there is a serious issue with underdiagnosing ADHD in adults. A big reason why ADHD often goes underdiagnosed? Comorbidity with other conditions, including sleep-related ones. This comorbidity often means doctors overlook ADHD to instead treat the other condition, leaving ADHD undiagnosed.[6]

Without a proper diagnosis, people will not be able to receive proper treatment. That can lead to impairments in daily routine, cause severe stress, and/or negatively impact someone’s overall quality of life.

Issues with Diagnosis and Receiving Treatment

There could a million reasons why someone didn’t receive an ADHD diagnosis when they were younger, including:

First and foremost, psychiatrists cost money. Now, it’s no secret that healthcare costs in the United States are incredibly high. It’s also no secret how common it is for people to have no health insurance, poor health insurance, and/or simply be unable to pay exorbitant out-of-pocket costs. Unfortunately, these folks simply aren’t able to seek much help with possible concerns. Instead, they may opt for other treatments or management methods that are easier to handle financially. However, these methods may not be the most effective or even safe.

But even if someone can see a psychiatrist, they still may not receive a proper ADHD diagnosis. A reason for this issue might be sleep’s ability to mitigate ADHD symptoms. You see, getting quality rest makes it easier for people to focus and stay awake during the day with or without an attention disorder. Then, once the sleeping issue is resolved and symptoms subside, treatment might cease. Throughout this process, both professionals and patients neglect to address potential ADHD-related symptoms.

Misconceptions of “Growing Out of It”

People usually only notice symptoms when they become a problem, and symptoms of ADHD are no exception. A large part of ADHD diagnosis is discerning whether a given child has significant problems with attention, understanding, or impulsivity compared to “normal” kids.[7] Now, children are stereotypically prone to larger amounts of energy, which means parents and practitioners are more likely to notice these stereotypical ADHD symptoms in children.

Since this “childish” behavior often settles down with age, many believe the ADHD symptoms to be resolved or not something worth treating. For example, parents may not care that their high schooler’s room is messy as long as she does well in school and stays out of trouble. So, a trip to the psychiatrist’s office is never even considered. This is despite the fact that disorganization is common in ADHD patients. So, this high schooler could outwardly appear successful despite still exhibiting “classic” ADHD symptoms.

Some People Appear “Too Successful” to Have Problems

People with ADHD can do well in school and their professional life, despite what the stereotypes may say. Many teachers, for example, describe ADHD students as bright. Although, they may be prone to careless mistakes due to a lack of organizational skills. Interestingly, these “undesirable” traits may be the very things that help these people succeed later in life. After all, a constantly shifting focus (or “inability to sit still or focus on one thing”) can be useful to those whose heavy workloads involve multitasking.[8]

Many people go well into adulthood before receiving a diagnosis or even considering that they had symptoms in the first place. Unfortunately, research correlates untreated ADHD with some serious mental health and medical risks. Many adults with untreated ADHD, for example, exhibit higher rates of tobacco use, lower self-esteem, and an increased risk for other psychiatric disorders like depression, anxiety, and trouble sleeping.[9] All in all, adults with undiagnosed ADHD often struggle without a comprehensive, effective strategy to manage their condition.

Issues with Sleep and ADHD

Unlike the hazy diagnostics of ADHD, there are accurate and objective ways to measure the duration and quality of sleep. So, those who deal with sleeping disruptions have more information available to help them combat these issues. Fortunately, many of these issues don’t require expensive doctor’s visits, either. For instance, many people improve their rest quality by limiting screen time or caffeine intake.

For those who suffer with comorbid sleep issues and ADHD, though, these simple tricks alone might not help. They may, for instance, try limiting caffeine intake to catch more Z’s, only to still be greeted with restlessness at bedtime. For these folks, medication is often the next step. However, these meds may only help them sleep, meaning their ADHD symptoms can still impact other parts of their lives. For example, daytime activities might still suffer from poor focus and drowsiness. These patients find themselves at the uncomfortable crossroads between sleep disorders and hyperactivity.

People who are lucky enough to receive an ADHD diagnosis early in life seem to have the ability to manage their condition better. This ability isn’t all too surprising, given the extra time and practice they have to work on their condition. In fact, some may even appear to “grow out” of it altogether due to exceptional coping mechanisms.

Patients without a diagnosis, meanwhile, can struggle with their symptoms on a daily basis. Notably, both treated and untreated ADHD can exacerbate sleeping disorders.[10,11] Patients who receive treatment, however, will have better coping and management strategies.

That is not to say that people with undiagnosed ADHD don’t have their own coping strategies. However, without sufficient information (like a proper diagnosis), they can struggle finding the safest, most effective coping methods. That lack of effective coping can result in worsening symptoms—like poor organization and focus—that can affect many aspects of someone’s life, not just sleep.

ADHD is not a disorder with a single face, and asking whether ADHD causes sleep disorders or vice versa is more of a “chicken and the egg” situation than anything else. Patients with ADHD often exhibit sleep disorder symptoms as well as the other way around. So, symptoms of ADHD can exacerbate sleep problems. Likewise, sleep problems can affect a person’s ability to cope with other conditions, such as ADHD.

ADHD and sleep onset insomnia (SOI) have a particularly nasty overlap. SOI is a circadian rhythm disorder whose symptoms include the inability to fall asleep at night.[12] Many report this inability to sleep as a restless feeling or abundance of energy before bedtime, both of which could be supplied by a patient’s hyperactivity, especially if untreated.[13]

Insomnia isn’t the only sleep-related issue that’s often found in ADHD patients, though. For instance, ADHD symptoms are also found in patients with conditions like restless leg syndrome, narcolepsy, and obstructive sleep apnea. This overlap leads many researchers to believe that these conditions might feed off each other in ways that warrant further exploration.

Importance of Catching those Z’s

When it comes to addressing any condition, treatment will vary by individual. That being said, studies show that treating a sleep disorder first oftentimes decreases the severity of a comorbid patient’s ADHD symptoms. In fact, this severity is lessened even during the day.

While not a perfect long-term way to manage hyperactivity, getting a good night’s rest can help with focus and attention span. This, of course, is true even in adults without ADHD. Using sleep therapy to treat any sort of symptoms is nothing new. In fact, many psychiatrists start treatment by addressing sleep problems in new patients. They may even stop there once attention and focus improve.

This treatment plan, however, is flawed.

Because of ADHD’s symptomatic similarities to poor sleep, many children with ADHD pass under the ADHD-diagnostic radar. The result is that they receive no diagnosis for the condition. That, in turn, means they don’t learn proper coping strategies that they might need later in life. In fact, because they never receive a formal diagnosis, they might not believe that they even need such coping skills.

What evolves from this situation is a misunderstanding of not only ADHD, but also of sleep disorders in general. Because these two conditions are often linked to each other, it can become harder to craft treatment plans that work for both.

Despite these difficulties, though, treatment is still possible.

Many doctors recommend their patients seek out a solution to their sleep problems first. Then, they will continue to monitor the condition as it develops from there. Those who don’t have access to a therapist may try strategies like limiting screen time or caffeine intake. For persistent symptoms, it’s important to consult with a professional before seeking any kind of medical treatment.

Disclaimers: This article is for reference purposes only. It is not to replace or complement the advice of a licensed professional, nor is it intended to diagnose, treat, cure, or prevent any disease or condition. Any and all health concerns should be directed at a doctor. 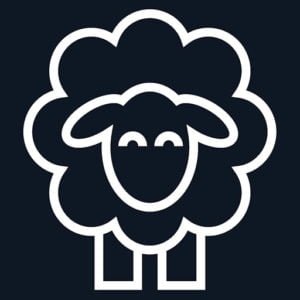 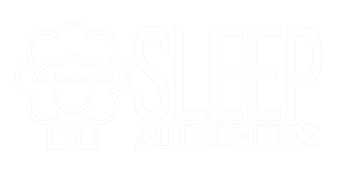